We absolutely love hearing about how you used your lock. I received this email from Jay with some fantastic  photos of his honeymoon in Paris. Congratulations !

Daniel and I were married in September, and we just returned from our 10-day honeymoon in Paris.
There is a bridge in Paris called the Pont des Arts where people place padlocks as symbols of everlasting love (you probably already know about it). I ordered the engraved padlock from you as a surprise for my husband, and secretly planned one day around visiting the bridge. When we arrived, my husband saw all the special locks on the bridge and commented on some of them.  I asked if he wanted to do it, and he seemed a little hesitant (he told me later it was because he was sad we could only buy a plain lock at nearby souvenir shops).
But then I said, “I have a lock!”  And presented him with the lock in the gift box you sent.  His eyes got big and he smiled and wiggled a bit, then he opened the box. He loved it!  Blue is his favorite color, and we love how it stands out as special among the other locks on the bridge (as you can see in the attached pictures).
Daniel says that that moment was his favorite part of the trip. This is stunning, because he has always wanted to go to Paris, and this was his first time!  His list goes like this:  Number one: the Pont des Arts and the special padlock; number two: the Eiffel Tower; number three: the Louvre and the Mona Lisa.
And from me, thank you!  I never get to surprise Daniel, so this was a real “win” for me. He has even forgiven me for some of the, um, less-than-perfect birthday gifts from past years.
Best regards and cheers,
Jay 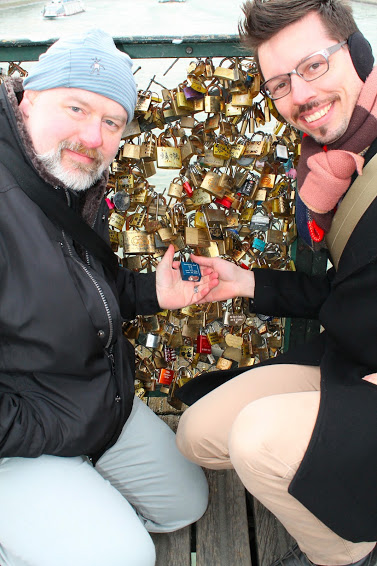 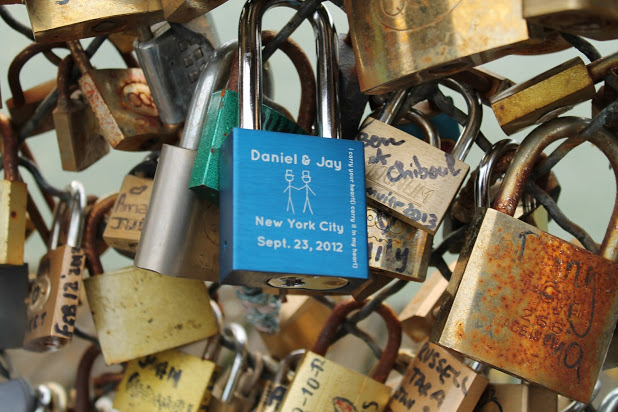 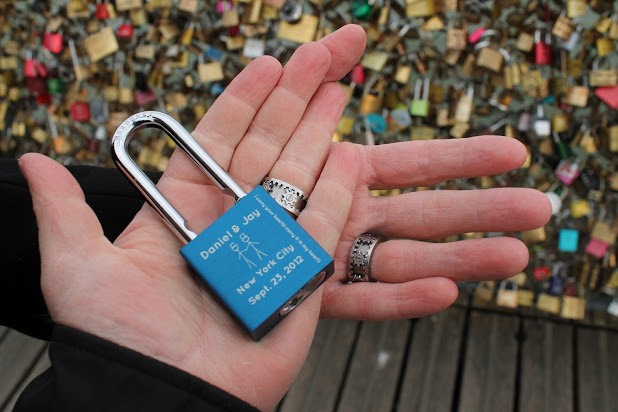 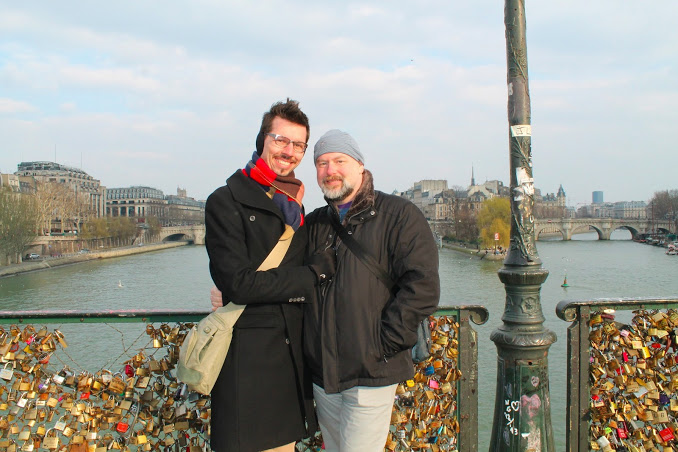