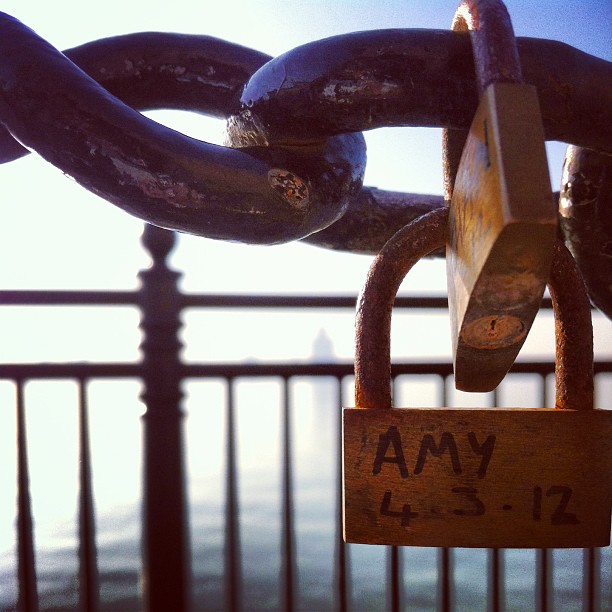 There are varied explanations for the origin of love padlocks. In Europe, love padlocks started appearing in the early 2000s. The reasons love padlocks started to appear vary between locations, and in many instances are unsourced.
An attribution for the bridge Most Ljubavi (lit. the Bridge of Love—now named after the love padlocks) in Serbia exists, where they can be traced to even before World War II. A local schoolmistress named Nada, who was from Vrnjačka Banja, fell in love with a Serbian officer named Relja. After they committed to each other Relja went to war in Greece where he fell in love with a local woman from Corfu. As a consequence, Relja and Nada broke off their engagement. Nada never recovered from that devastating blow, and after some time she died as a result of her unfortunate love. As young girls from Vrnjačka Banja wanted to protect their own loves, they started writing down their names, together with the names of their loved ones, on padlocks and affixing them to the railings of the bridge where Nada and Relja used to meet.